Amazon’s Echo line of smart speakers are great for listening to music, but they are also extremely useful for controlling smart home gadgets with just your voice. So it’s no surprise then that Amazon’s new Echo Plus leans into smart home control with the ability to directly connect a variety of smart home gadgets.

The $150 Echo Plus is almost identical to the first Echo released three years ago, but its built-in ZigBee hub lets it control gadgets such as lights, connected outlets, and smart locks without needing a separate hub to do so. The Echo Plus makes it very easy to get smart gadgets up and running in your home, which can be a laborious process with other systems. Amazon has also added improved smart home controls to its Alexa smartphone apps, which allow you to group devices into rooms and run automated routines with them.

But while the Echo Plus makes it very easy to get started with smart home gadgets, it stops far short of what other, more mature systems allow. And while the Echo Plus can connect to many ZigBee and Wi-Fi based products, it can’t work with any Z-Wave devices, which are just as plentiful as ZigBee ones.

So if you’re looking to dip your toe into the smart home world, and you want to use Alexa to control it all, the new Echo Plus is a good place to start. But it’s not quite enough to take you across the finish line.

As a hardware device, the Echo Plus is almost visually indistinguishable from the first Echo that Amazon debuted way back in 2014. It doesn’t have the more compact dimensions or interchangeable covers of the new Echo also released this fall, but sticks with the tall, slender cylindrical design that many have come to associate with the Alexa virtual assistant.

The Plus does have the ability to connect to other speakers via Bluetooth or a 3.5mm audio cable, which the original model could not do. And Amazon has added Dolby Audio tuning to enhance the sound quality, but to my ears it doesn’t sound any different than before. Lastly, the Echo Plus is available in a dark silver color in addition to the white and black options. Frankly, the silver is the least attractive option of the three.

All of that means that the Plus does all of the same stuff as the first Echo in virtually all of the same ways. You can control it with your voice from across the room, and its seven microphone array can hear your commands even when music or other audio is playing. The LED light ring at the top glows blue whenever it’s listening to your voice or processing your command, illuminates yellow when you have a new message, and glows red when you’ve disabled the microphone. The speaker system can get loud enough to fill a room with music, but it doesn’t sound anywhere near as good as something like the Sonos One.

What are ZigBee and Z-Wave?

ZigBee and Z-Wave are the two most common smart home gadget standards. They are the languages that smart home gadgets use to communicate with a hub, which talks to your Wi-Fi network, and with each other. There are a handful of technical and ideological differences between the two, but the thing you need to know is that they are not interchangeable. A ZigBee device cannot talk to a Z-Wave device and vice versa. Some smart home hubs do support both protocols and make it possible to integrate both ZigBee and Z-Wave devices into a single network, but not all of them do. It’s important to make sure when buying a new smart home gadget which standard it supports and that it’s the standard that’s compatible with devices already in your home.

So the appeal of the Echo Plus is all in that built-in ZigBee radio. There are a lot of ZigBee compatible smart home gadgets available, ranging from smart lights, to connected switches, connected outlets smart locks, smart thermostats, motion detectors, and more. However, the Echo Plus is mostly limited to lights, outlets, and smart locks right now, and the Alexa app can’t really do anything with those extra sensors. In comparison, a dedicated smart home hub, such as SmartThings or Wink, can use those various kinds of sensors to automate your home in ways the Echo Plus just can’t. Further, while there are certainly a lot of ZigBee devices out there, there are also a lot of Z-Wave products for the home, as well, and the Echo Plus can’t do anything with them. Both SmartThings and Wink support both ZigBee and Z-Wave protocols, making them far more versatile as control hubs.

That said, the Plus does have some unique capabilities. It can directly control Philips Hue lights, without the need for the Philips Hue Bridge, which other smart home hubs need to piggyback off of. (Amazon is even giving Echo Plus buyers a free Hue light bulb to get them started.) It makes setting up a new smart home gadget incredibly easy, too: just say “Alexa, discover devices” and the Plus will instantly scan for new gadgets and add them to the smart home section of the Alexa app, where you can rename them and add them to rooms or groups. It’s by far the easiest way to get up and running with a new smart home gadget that I’ve experienced.

But at the same time, the Plus’ capabilities with those gadgets are limited. For example, many Philips Hue lights support a full color spectrum and can be adjusted with the Hue app. But the Plus can only adjust their brightness and turn them on or off. To be able to change their color, you need the Hue Bridge, which defeats the purpose of connecting them through the Plus to begin with.

The Plus’ smart home features are enhanced by the latest updates to the Alexa app, which include an improved interface for managing smart home devices and a new feature called Routines, which lets you automate various actions with a single, customized voice command. I created a routine that automatically turns off the overhead lights and turns on the light strip behind my TV whenever I say “Alexa, TV time.” You can include a variety of gadgets within a routine, but even then there are limits: you can’t add music playback or Fire TV controls to routines, which would really make them fun to use. I’d love for the Echo to automatically turn on the TV through the Fire TV (another Amazon product!) connected to it when I use my TV Time routine, but the system just doesn’t allow for that right now.

Another new feature in the Alexa app is the ability group a particular Echo device with a set of smart home gadgets. If you have an Echo Dot in your bedroom and you group it together with the lights in your bedroom, you can now just say “Alexa, turn off the lights” when you’re in the bedroom and the lights will turn off. Previously, you had to say the room name in the command (i.e. “Alexa, turn off the bedroom lights”), which was clunky and awkward.

These new app features are not limited to the Plus — they work with any Echo device. So if you have an older Echo or Echo Dot and are already using it to control smart home gadgets via another hub, you can use routines and groups without having to upgrade your Echo.

Amazon is proud of the fact that it’s constantly iterating on and improving Alexa, and it’s likely that the Echo Plus’ smart home shortcomings with device compatibility and app limitations will be addressed with future updates. But right now, it’s a little too simple to recommend, and if you’re interested in starting out with a smart home system, you’re better off buying the less expensive second-generation Echo and a dedicated smart home hub, which will give you all of the same voice control with lots of room to expand in the future.

Our review of Amazon Echo Plus 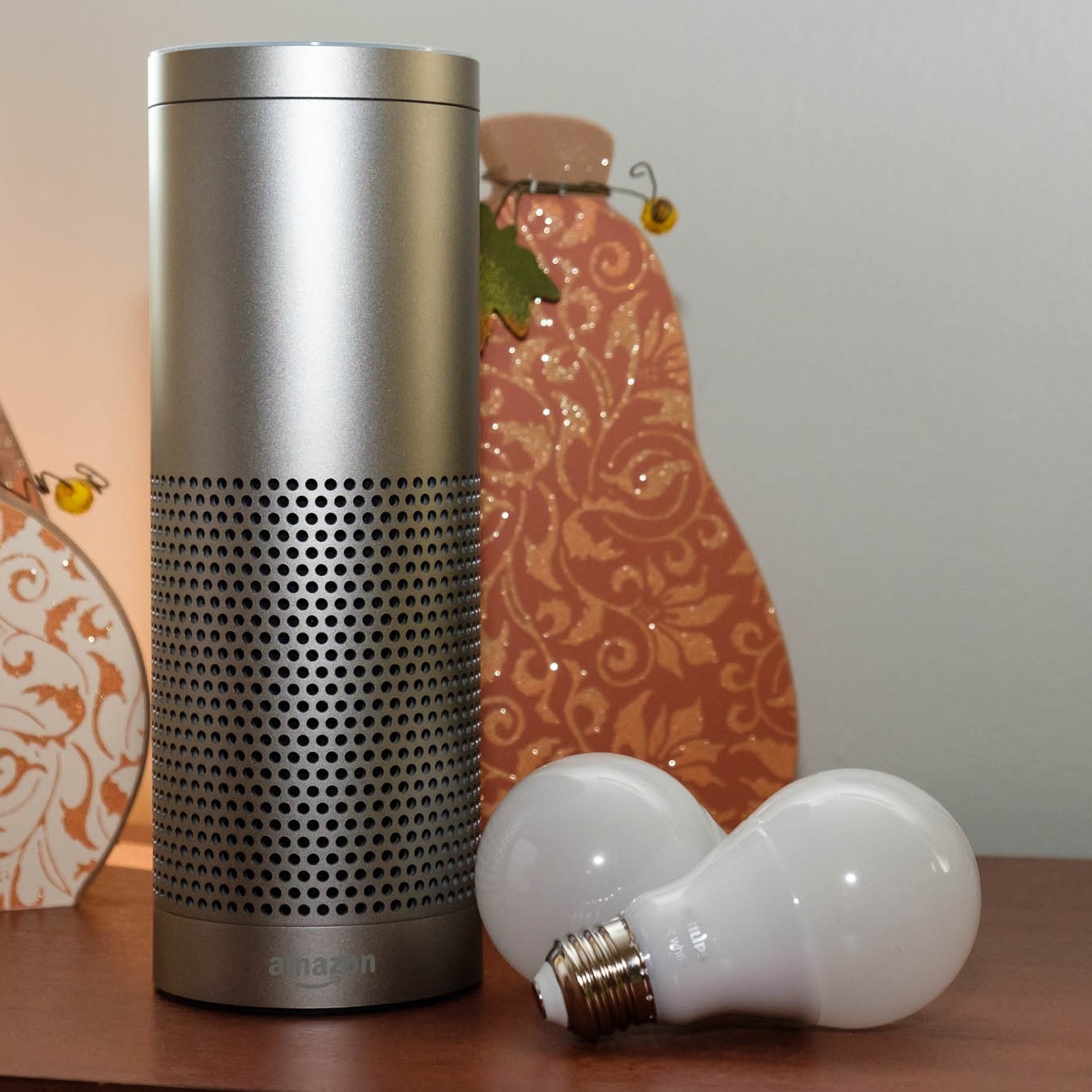 Photography by Dan Seifert / The Verge.

Next Up In Reviews

A newsletter about computers