If you own an Amazon Echo, or even if you’ve just seen Alec Baldwin’s commercials for it, you know that this gadget talks back when you address it by name. Alexa, what’s going on in the news? Alexa, play some relaxing music. Alexa, order more paper towels for me.

Last week, Amazon shipped a device that doesn’t answer to anyone, no matter what you call it. The $129.99 Amazon Tap is a standalone, portable Bluetooth speaker version of the Amazon Echo. (Amazon is careful not to call the Tap an Echo; it reserves the Echo name for devices that use hands-free, far-field voice recognition.) Except it only works when you reach out and tap a button on it before speaking — you don’t even have to bother saying “Alexa” out loud after you hit the button. Despite its disassociation with the “Alexa” wake word, the Tap still works with all of Amazon’s Alexa Voice Services, so you (or Alec Baldwin) can still use it to set timers, play music, order diapers, or dim the lights — after you press the microphone button.

The Amazon Tap is a black cylinder that measures about the height of a large glass of water. It’s a little shorter than the $149.99 UE Boom 2 and noticeably smaller, all around, than the $179.99 Amazon Echo. My favorite feature of the Tap is its included charging cradle, which saves you the hassle of reaching behind a desk or couch to untangle a charging cable when this thing runs out of juice. Amazon estimates that the Tap’s battery will last for nine hours of music playback, and since it sleeps when it’s not being used, and I regularly dropped it back in its cradle to charge, I was never surprised by a dead battery.

If the Tap switched into listening mode in its cradle, using it would feel more natural

The idea for the Amazon Tap is compelling: you get an affordable Bluetooth speaker that also happens to do some smart assistant stuff. But this idea only works adequately. The sound quality of the Tap’s Dolby-powered, omnidirectional speakers is mediocre, at best, for listening to music. And every time I played the same song on it and the UE Boom 2, the latter sounded much richer with stronger bass and overall sound. While the UE Boom 2 can be paired with another UE Boom 2 to play the same music streamed from one source, Amazon Taps can’t pair with one another. The UE Boom 2 also boasts a better battery life (15 hours compared to nine hours), and it’s waterproof (the Tap is not).

Once in a while, I liked using the Tap’s physical buttons to quickly skip a song, adjust volume, or check battery life (simultaneously press the + and - volume buttons) without saying a word. But pressing a button to talk to Alexa can get frustrating. If the Tap could automatically switch into listening mode when docked in its cradle, using it would feel more natural.

I set up the Tap’s charging cradle in my kitchen, but carried the speaker around my house and outside — most of the time so I could bring meh-sounding music with me. This could be seen as more convenient than the Amazon Echo, which can hear your Alexa calls from 20 feet away but remains plugged-in and anchored in one spot. Yet, after a few days of this “Carrying with Me and Tapping to Do Anything” routine, the Tap started to remind me of how I already use my phone: it’s always on me, and I use it for listening to NPR and music, setting timers, setting alarms, controlling a Nest device, and ordering Amazon products. Sure, using the Tap’s Alexa prompts to do these things feels more graceful. But a big piece of that Alexa experience comes from never using your hands to do anything, and the Tap takes some of that magic away.

When you press the Tap’s microphone button to talk to Alexa, five tiny dots on the top edge of the Tap light up, so you know she’s listening. These dots change and glow in blue-green hues as Alexa responds, giving the Tap a hint of personality. Like the Echo and Amazon’s other new Alexa device, the Dot, the Tap works with the Alexa app on iOS, Android, or Amazon Fire devices (of course). This app shows you a visual history of everything you’ve asked Alexa, as well as links to get more information or to tell the app it heard you correctly.

Your Tap needs to be connected to Wi-Fi to use Alexa’s responses. This means that if you bring the speaker with you to listen to music while you’re out on a picnic or bike ride, you can’t ask Alexa what the weather will be like for the rest of the day. Of course, you could tether your Tap to a phone for Wi-Fi, but chances are you’ll survive without Alexa. I find her more useful in my house, anyway, so this Tap restriction isn’t a big deal to me. And really, if you’re going to mess around with turning on tethering on your phone, you may as well just use your phone’s personal assistant, like Siri.

Amazon sells $19.99 silicone covers called Slings that are made to protect your Tap from damaging drops. I tried a green sling (it also comes in black, blue, magenta, tangerine, and white), and its built-in hook offers an easy way to hang this 16.6-ounce speaker from a backpack. But the Tap doesn’t charge in its charging cradle while it’s wearing a Sling, so you’ll have to take the Sling off to do this — or skip the cradle and plug the Tap directly into its USB charging cable.

If you’re buying the Amazon Tap in hopes of getting an Echo for $50 less, you’ll be disappointed. The magic of the far-field voice recognition — calling requests to Alexa from 20 feet across a room — is totally lost when you’re forced to walk up to this device and press a button on it to do anything Alexa-related. And even if you don’t think you’ll use the Tap’s Alexa features, you’ll still be better off with another Bluetooth speaker that offers better sound.

Without Alexa’s effortless, voice-prompted smarts, the Amazon Tap is missing the polish that comes with the Echo experience. The result just feels rough.

Our review of Amazon Tap 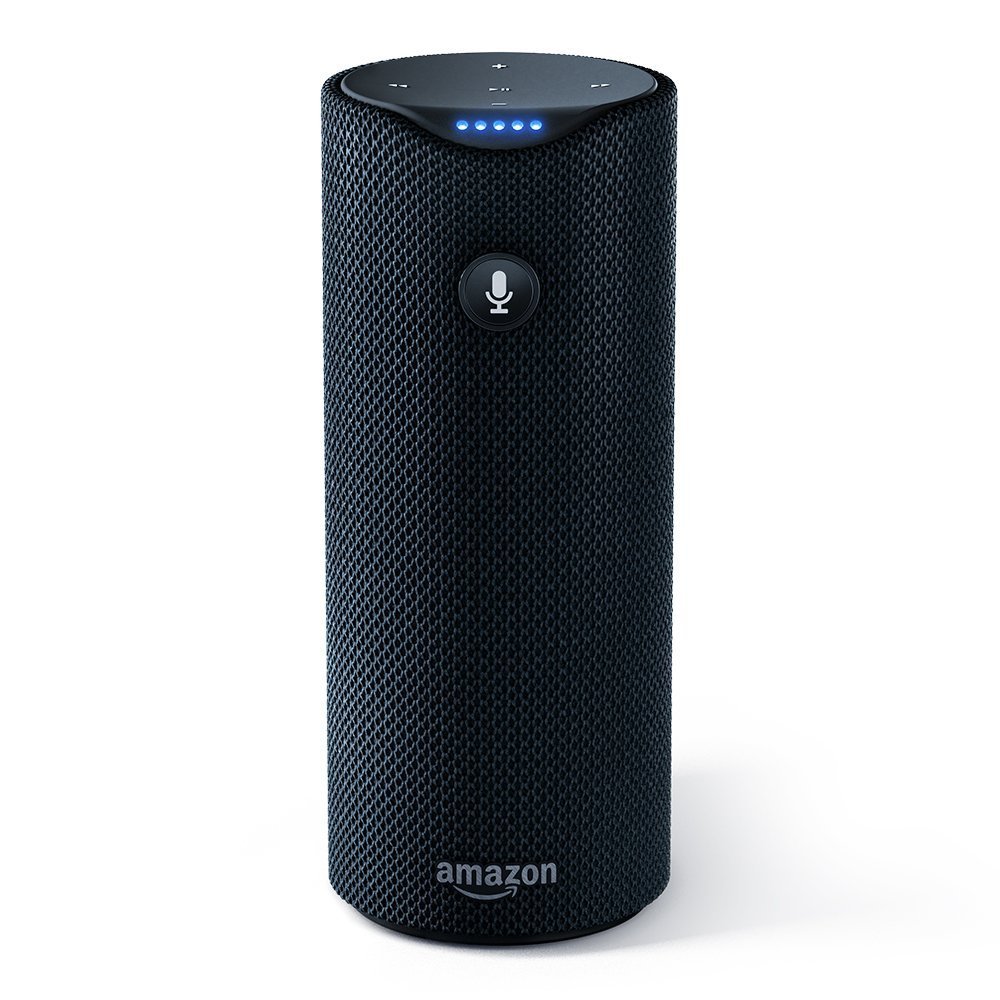