The largest (and most expensive) AirPlay speaker yet

You’ve likely never heard of Libratone. Fair enough. But maybe you’re familiar with Steinway Lyngdorf Audio, the Danish company that specializes in high-performance professional audio? Jes Mosgaard, the former CEO of Lyngdorf Audio and former CTO of Steinway Lyngdorf, is now with the 10-person Libratone organization in its quest to deliver professional-grade audio to the slightly-soiled masses. Remember the name because Cupertino’s taken a liking to Libratone with plans to showcase the Danish company’s AirPlay speakers in Apple’s physical and online stores.

My first encounter with Libratone was in Berlin for IFA 2010. I was immediately impressed with the quality of its wireless tower but troubled by the need for a 30-pin dongle to wirelessly stream audio from iOS devices. Remember, Apple had just announced its wireless streaming technology dubbed, AirPlay, three days earlier making Libratone’s dongle-based Beat speaker obsolete before it even shipped (though I’ve been assured that sales are good).

Here we are, almost a year later, and we still only have a few AirPlay speakers on the market. Oh sure, several were announced from Klipsh, Philips, and iHome, but you’ll be hard pressed to find anything other than B&W’s Zeppelin Air to purchase. As to JBL’s overpriced $350 On Air dock, puhlease — B&W and Libratone’s offerings are in a whole different class. 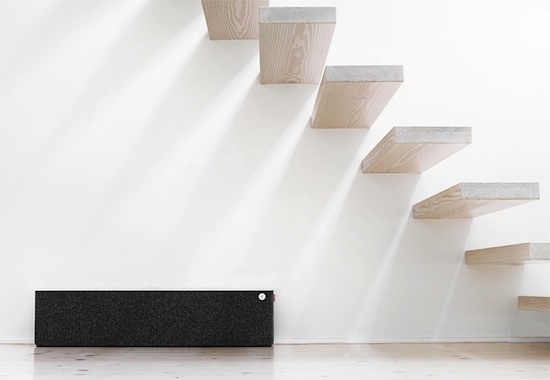 The Libratone Lounge is a monster in every sense of the word, including the $1,299 base price which climbs to $1,399 for the cashmere colors. After recovering from the sticker shock, the first thing you’ll notice is its size. Designed to fit beneath a 42-inch television perched on a base or hung on the wall from a bundled mount, the Lounge measures 100 x 22 x 12 cm (40 x 8.7 x 4.7 inches) and weighs 12 kg (27 pounds). Everything about it is big, including the sound which set my house to motion during the bass demonstration. I’d say the jump in audio quality from the Libratone Live to the Lounge was equivalent to the degree of change between the Play:5 and Live. Libratone is positioning the Lounge as a fashionable all-in-one replacement for your dull living room speaker boxes.

And while the Lounge may look like it, it’s not another soundbar trying to bounce faux surround sound off the walls of cramped urban home theaters. You can, of course, plug your TV into the 3.5-mm mini-TOSLINK jack at the bottom of the Lounge (as you can the Live) for full stereo audio. Libratone’s beefy Lounge delivers a total of 150 watts of room-filling power (1x50W bass, 2x25W tweeter, 2x25W midrange) across an 8-inch inverted woofer, a pair of 4-inch ceramic midrange units, and another pair of 1-inch ribbon-based tweeters. During my demo, the wide distribution of the midrange and tweeters created decent stereo separation. Naturally, you won’t be using the Lounge to stream AirPlay video up to the television. For that you’ll need an Apple TV or your favorite hacked OS X device. 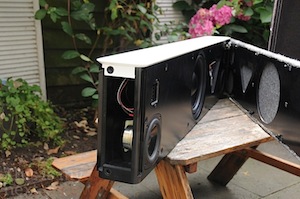 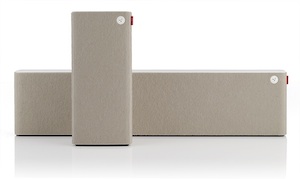 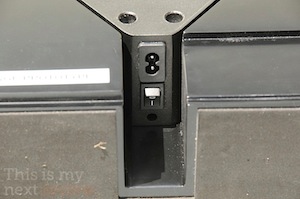 Our review of Libratone Lounge 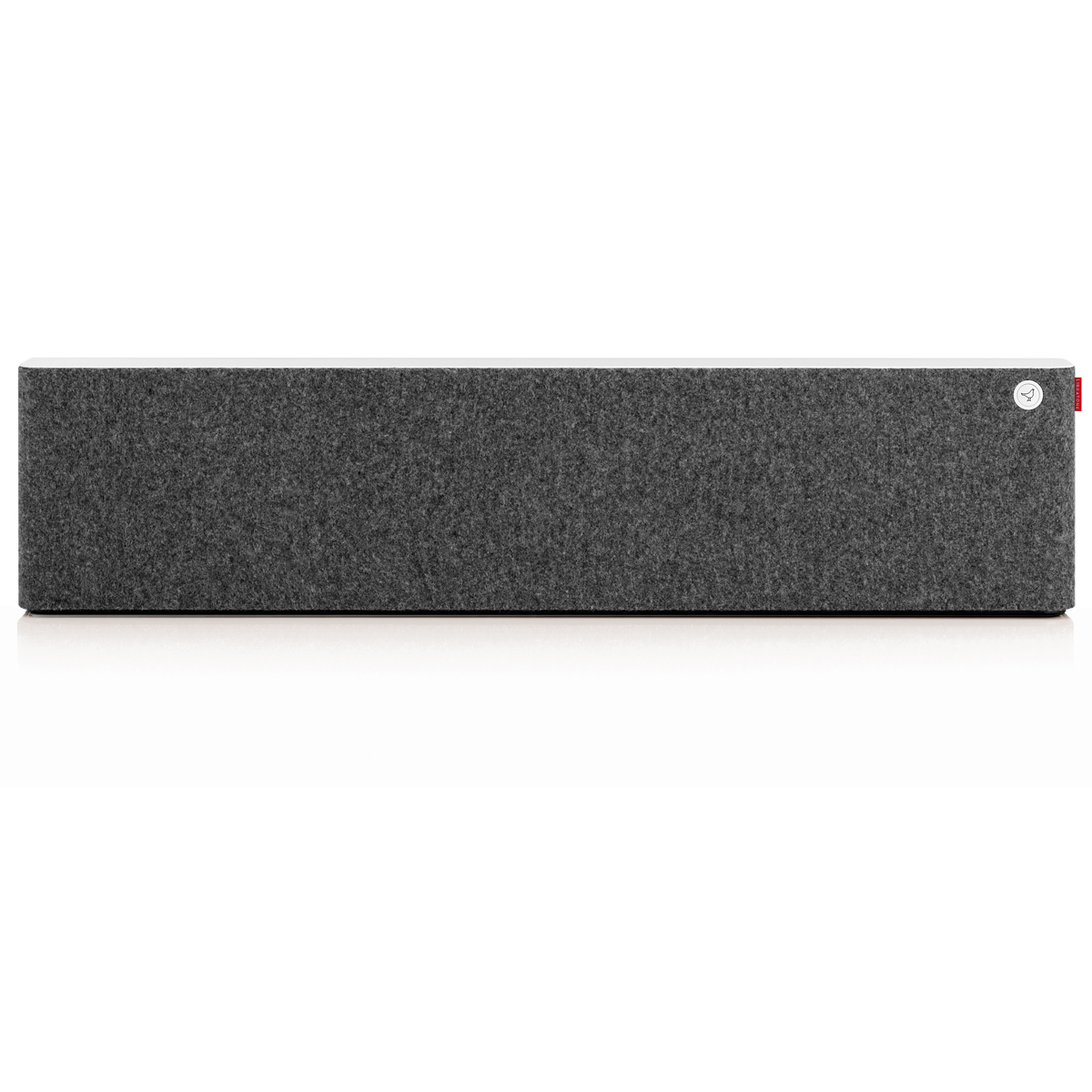 There’s no other AirPlay-enabled speaker on the market capable of matching the Lounge in price or acoustic muscle. Unfortunately, testing a Libratone Lounge won’t be as easy as the Live since only Apple’s flagship shops will carry the beastly soundbar. Just don’t expect it to rock your home theater with simulated Dolby surround — this $1,299 (or $1,399 for the cashmere colors) all-in-one speaker is for the stylish, well-heeled lovers of stereo audio, only.